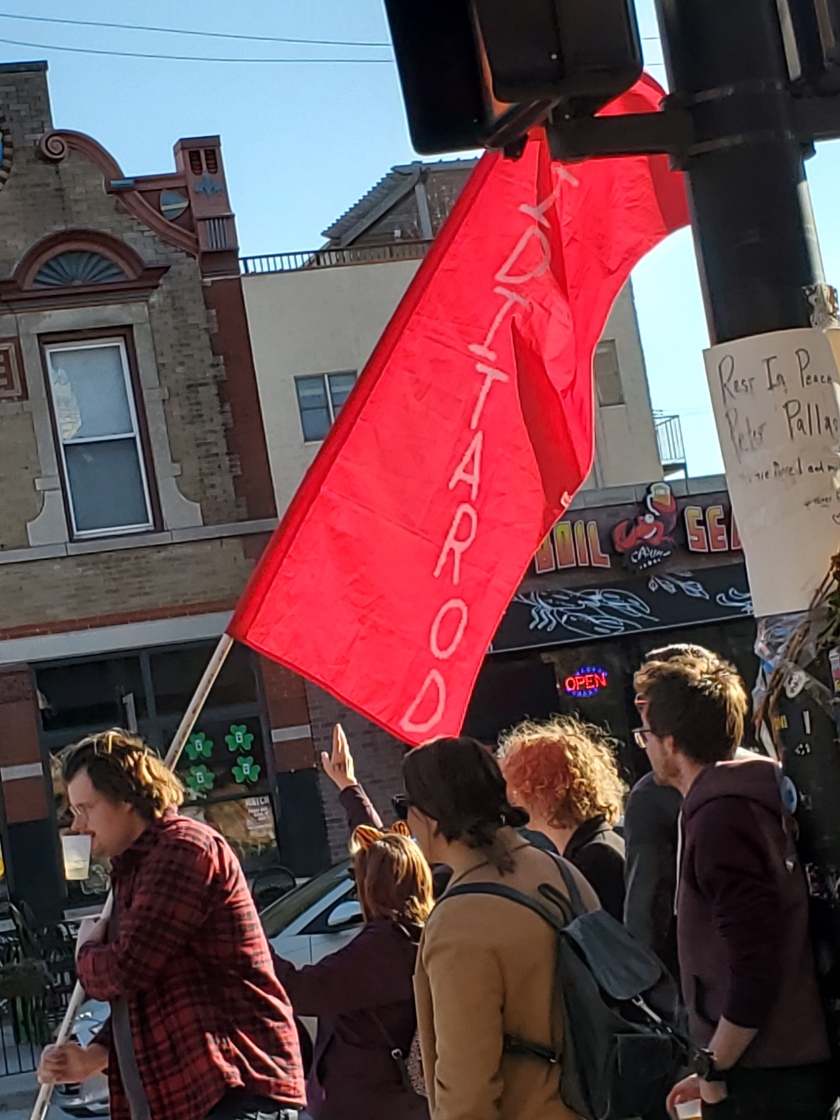 Alaska has the Iditarod starting today, Chicago ran the CHIditarod on the same day.  This is a fund raiser for the Greater Chicago Food Depository.  Teams of five costumed participants push a shopping cart around city streets between check-in points.  Each team has five people, four as the sled dogs and one as the musher.

Each team also collects food items and funds for this good cause.  The whole time having lots of fun in both the planing and the doing.  These are a few of the teams I saw arriving at the check point I was at. 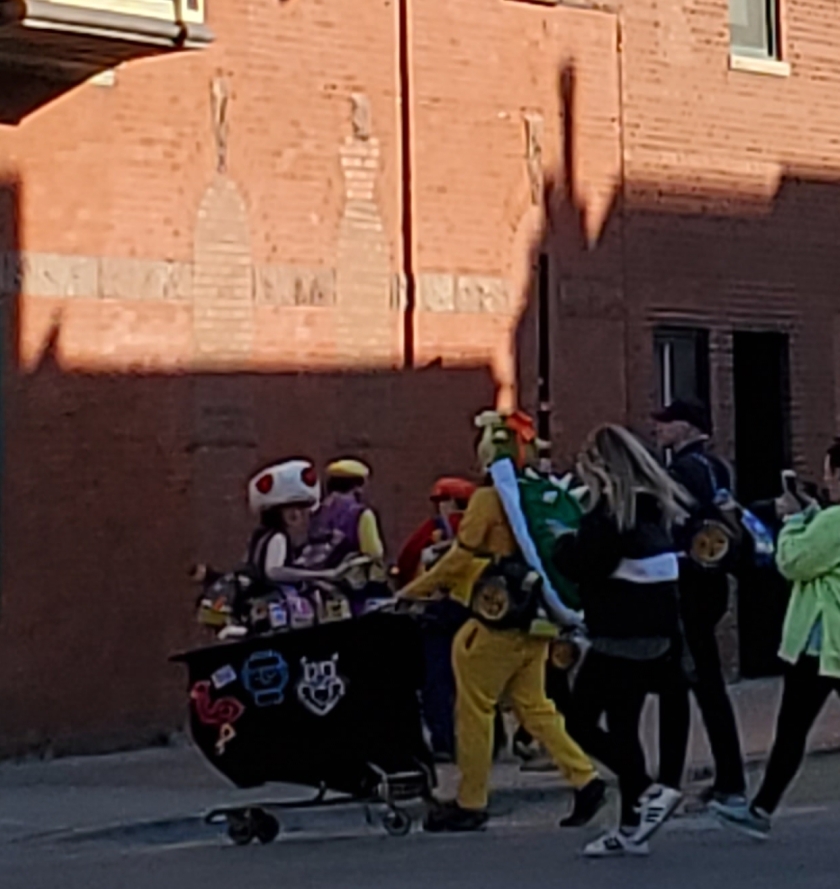 The checkpoint I stopped at had a live band playing on the street in front of the building, lots of loud music inside and refreshments of all kinds.  The people participating and just the people in the area certainly were having a good time. There were games to participate in each check point for the “dogs and mushers.” 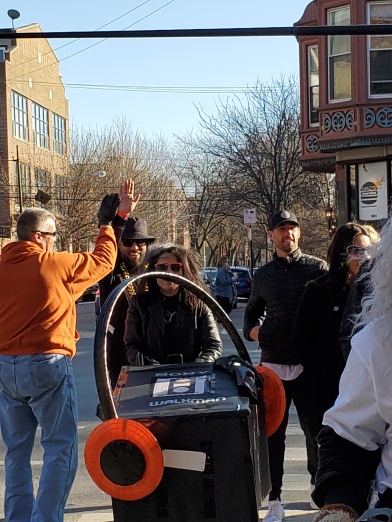 Many of the costumes were very creative and it was obvious they also spent a lot of time gathering the decorations for the cart.  People participating were all ages and had a glorious spring day for this event.   My favorite were the ones in the safety vests looking like city workers.  I will certainly be participating in this at some capacity next year.