The difficulties of today’s world bring to mind other earth shattering events that I managed to live through.  In the early 50’s I was a young child spending the summer with my aunt and uncle and three cousins at their house in the country.  This was something I did many summers at one of my four aunts homes.  All the cousins at this house were older than I was and all were boys, one of them did require a wheelchair and braces to get around as a result of having polio when he was younger.  One day before the end of summer my aunt helped me get ready to come home to Chicago a bit earlier than expected.  I was put on a train and my dad picked me up at the train station and immediately took me to the doctors office.  There I was given a shot.  They had developed a vaccine for polio and that’s what my doctor gave me.  And the world changed.

In the spring of 1963 I went on a trip with my school to Washington DC.  While on that trip we learned that John F. Kennedy would be dedicating a memorial to Paderewski in Arlington National Cemetery and our plans were changed to go to this.  This was a very last minute event and we lined the sidewalk that he walked to get to the podium for his speech. I was about 5 feet away from the President at that time and this made him much larger than life in my eyes.  I was struck by how quickly he walked, how handsome he was and when the sun hit his hair the dark red color of it.  Kennedy spoke about why the composers  body was in this country and not Poland at that time, since Poland was still not a free country.  It took until 1992 for his body to be return to his native Poland.  What an honor we had and no idea we would participate in this.  Later that year he was killed.  And the world changed.

In 1968 I was living just outside Washington DC and that spring I was able to see the display of the Cherry Blossoms in bloom one day before my first daughter was born.  At that time since it was a military hospital I was in a room with 9 other women and there was no television or radio allowed.  We had no knowledge of what was happening unless one of the husbands came in and told us, which they were advised not to.  A few days later while still in the hospital I looked out the windows of the hospital and saw the city of Washington DC on fire.  With plumes of black smoke rising from various parts of the city.  This was the aftermath from the killing of Dr. Martin Luther King.  And the world changed.

A few short months later, I woke in the middle of the night to hear about the death of Bobby Kennedy.  This coming on the heels of Dr. King’s death caused many changes to happen that may not have been obvious to everyone.  Little things  started happening and the citizens of this country were no longer as innocent and may have become a bit jaded and less trusting.  It seemed we had no idea where the next trauma was coming from and in the background of all of this was a war going on in Vietnam.  Protests and marches were going on all over this country people were trying to have their voices heard.  Many were trying just to find their voices. And the world changed.

In the 80’s we had the start of AIDS-HIV in this country and for the most part it was not talked about and we did not really have to worry about it because it only happened to “gay” men. Then confusion and panic that originally surrounded this entire time was very similar to what is happening currently with this pandemic.  Monumental strides have happened in the medical knowledge and the survival rate from that disease but it was not an easy battle.  Sadly, I had friends who died alone because of the initial stigma that was associated with it and the lack of knowledge about how this disease could ever be survivable.  Washington DC was one site for the display of the AIDS quilt panels and I flew in to see this and walked for hours among the panels laid out on the Mall.  I talked and laughed and cried with strangers about the beauty and the sadness of this  display.  I marched for the first time in my life in a protest march down Pennsylvania Avenue with lit candles  to represent the thousands known and unknown represented in that quilt.  I listened to the names being read of those who had died.  And the world changed.

I can only briefly mention the events of September 11, 2001 because I am still very raw in many ways and I work hard to control the trauma I feel daily because of those horrific events. The swift activity and global yet personal nature of that day are often still very fresh and yet the lingering sorrow never seems to go away. I have a young friend from another country who recently said “Well it’s been a long time now and things are just like before aren’t they?” I am sure part of me will never be whole again.  And the world changed.

Today, I cry easily, I have for many years been that person who cried at a Hallmark commercial, now I cry at the weather forecast. I despair because I have no ability to do anything of significance to help except stay at home. This should be a great time to work on those craft projects I have been stockpiling for years.  Then my mind wanders into strange territory and I find it difficult to sit down and try to sketch a simple flower. I have added long solo walks so perhaps I will come out the other end of this a healthier person.

And the world will change. 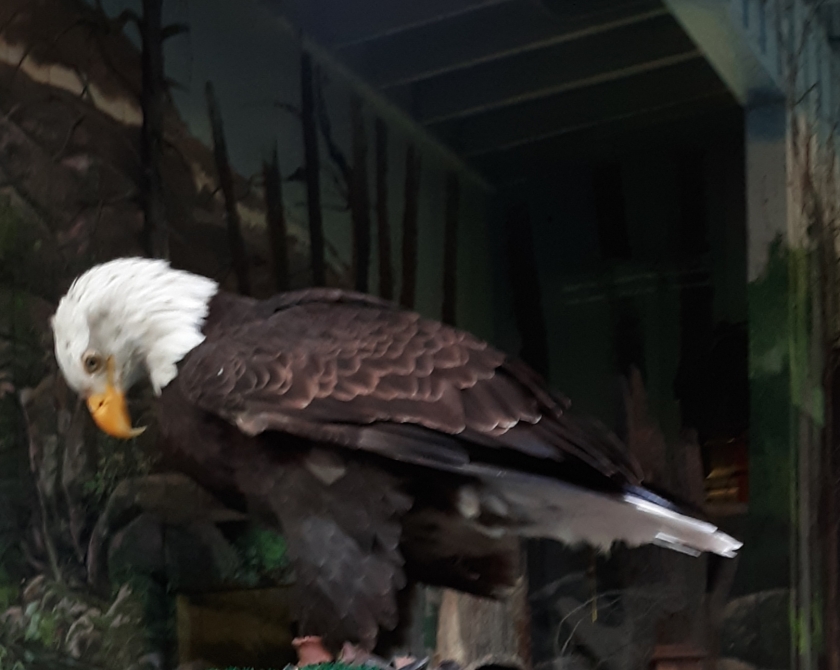 An eagle at the American Eagle Foundation rescue facility. 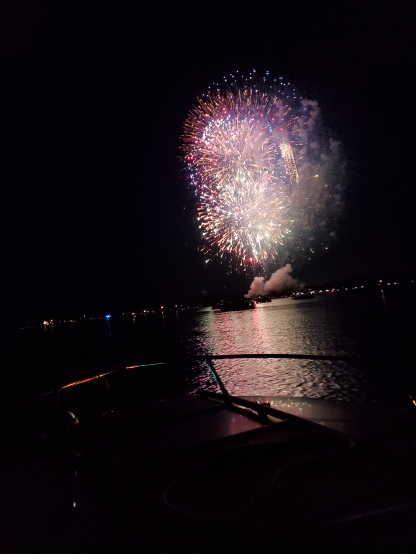 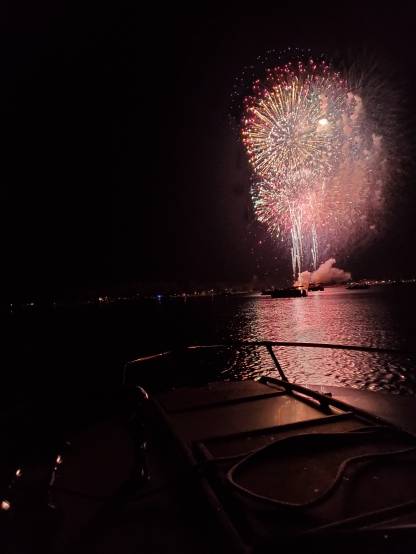 Fireworks over the lake on the 4th of July. 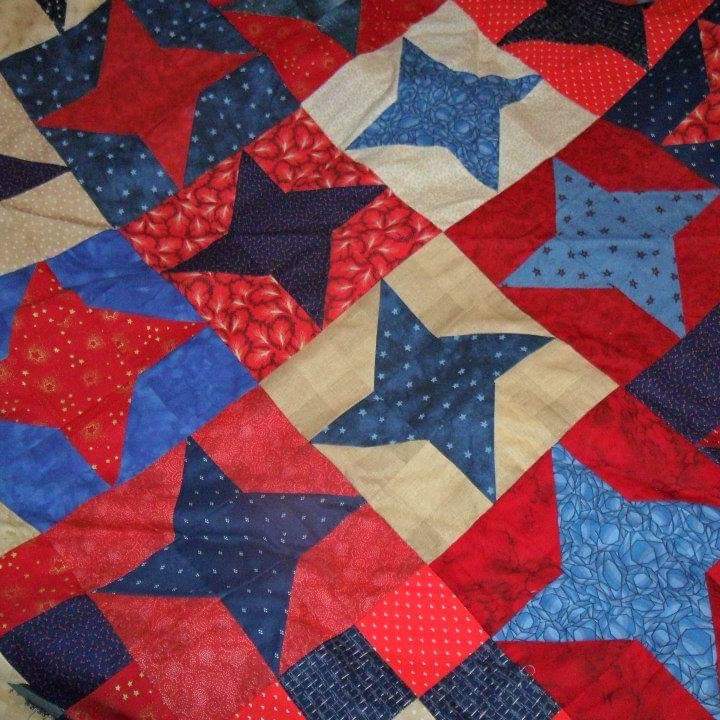 One of my favorite quilt tops.